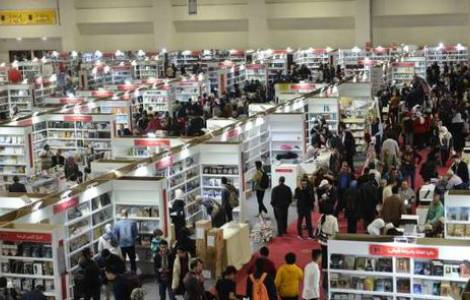 Cairo (Agenzia Fides) – At least 22 publishing houses affiliated with churches and ecclesial institutions present in Egypt are exhibiting books and editorial products at the 52nd edition of the Cairo International Book Fair. Among the stands of Christian exhibitors, stand out that of the Coptic Orthodox Monastery of Saint Macarius and that of the publishing houses of the Franciscan Cultural Center of the Catholic Church in Egypt, presenting 18 new publications at the Fair, some of which are dedicated to the Virgin Mary and the spiritual traditions of the Coptic Churches.
The liveliness of the Churches and ecclesial communities present in Egypt has long been expressed in the quality and quantity of initiatives promoted by various ecclesial realities in the fields of publishing and the media. The presence of a large number of Christian publishers at the International Book Fair organized in Egypt eloquently confirms the willingness of operators in the sector to react and not succumb to the crisis in the publishing sector, aggravated in recent years by the pandemic. In the past, the exhibition spaces of the Coptic Orthodox Cathedral in Cairo have hosted the â€œCoptic Book Fairâ€ on several occasions, a cultural event which on some occasions saw the participation of some 40 affiliated publishing houses. to indigenous ecclesial communities.
The one organized in Cairo represents the largest and oldest international book fair organized in the Arab world. The Fair is generally held in January. This year, due to the pandemic, the inauguration of the exhibition center has been postponed until June 30. (GV) Agenzia Fides, 7/13/2021)