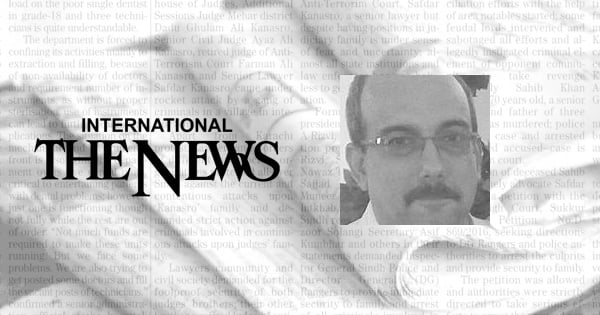 Kyrgyzstan and Tajikistan are two of the 15 former Soviet republics that became independent after the collapse of the Soviet Union in 1991. They are also part of Central Asia which included five Soviet republics until the fateful days of the early 1990s .

As Russia wages a war in Ukraine and Azerbaijan once again comes into conflict with Armenia, Kyrgyzstan and Tajikistan also find themselves embroiled in clashes on their common border. As Russia and Armenia were respectively aggressors in their wars against Ukraine and Azerbaijan, in Central Asia the aggressor seems to be Kyrgyzstan. Before going into the details of the recent clashes, a bit of context seems in order. Although most of Central Asia is of Turkish origin called Turkistan, the Tajiks are the descendants of the Iranian people whose presence in history has extended from northern Afghanistan to Khwarizm.

The same goes for their languages: while the Kyrgyz language has its roots in the branch of the Turkic languages, the Tajik or Tajik language is a variety of Persian belonging to the large family of Indo-European languages. This region of Central Asia converted to Islam in the early 8th century after Qutaiba bin Muslim conquered large areas of Turkestan and brought them under Muslim control. Then the Kyrgyz and Tajik regions also fell under the rule of the Mongols and eventually became part of the Bukhara Khanate in the 16th century.

In the 18th century, with the collapse of the Bukhara Khanate, the Kyrgyz region became part of the Kokand Khanate while the Tajik regions fell under the Emirate of Bukhara. In the 19th century, the Emirate of Bukhara stretched from Dushanbe to Bukhara and contained mainly Persian-speaking regions, while the former Khanate of Bukhara was a much larger entity with a large Turkic-speaking region as well. As the Russian Empire expanded eastward, areas under Russian control became known as Russian Turkestan, as opposed to Chinese Turkestan which had Turks in Xinjiang under the Chinese Empire.

Gafurov was a scholar and historian of great merit and author of several books published in Russian and Tajik. His doctoral thesis from the Moscow Academy of Sciences in 1941 was on the history of the Ismaili sect. ‘History of Tajikistan’ and ‘The Tajiks’ are his best-known books even outside of Tajikistan. When Tajikistan was part of the republic of Uzbekistan, there was propaganda to prove that the Tajik people were also of Turkish origin and had forgotten their language. Gafurov in his books argued conclusively that Tajiks were a distinct nationality of Persian origin. From 1946 to 1956 he was also leader of the Communist Party in Tajikistan. Then he was director of the Institute of Oriental Studies and editor of the “Asia and Africa Journal” in Moscow until his death in 1977.

Due to the Soviet demarcation of borders which was not entirely in accordance with the desires of the local population, there remained territorial disputes between the former republics. These disputes have also sparked intermittent violence between Kyrgyzstan and Tajikistan. Overall, the Kyrgyz side has been unstable and aggressive. This aggression results mainly from the prolonged instability of the Kyrgyz government. Tajikistan’s President Imomali Rehman has tried to normalize relations with an aggressive neighbor, but the Kyrgyz side seems overly ambitious in targeting civilian populations in border areas inside Tajikistan.

Most of the deaths have occurred within Tajik borders and the Kyrgyz president – who has spent considerable time in prison – refuses to negotiate or hold back his soldiers. Kyrgyzstan is ruled by a group of people who are more like factions that have turf wars inside and outside the country. The Kyrgyz President, while attending the 77th session of the United Nations General Assembly, also used his speech to highlight the border dispute which could have been easily resolved between the two neighbors.

Kyrgyzstan today suffers from widespread corruption and factionalism. Poverty is endemic and the branches of government seem to be paralyzed. Criminal gangs roam freely and engage in cross-border smuggling and other illegal activities, including kidnapping and murder. In comparison, Tajikistan is much more stable and crime-free, enjoying much better relations with countries other than Kyrgyzstan.

In Kyrgyzstan, there is strong resentment against the current government which was brought to power in a coup-like situation in 2021. It is extremely unpopular internally and has differences with most of its neighbors. Although Tajikistan has attempted to observe various ceasefire agreements, Kyrgyzstan’s repeated violations are disrupting the peace. As a result, Tajiks living in the border areas suffered greatly and most of them had to leave their homes. Most affected is the civilian population of Tajikistan who have been displaced due to repeated attacks by Kyrgyzstan.

According to reports, the Kyrgyz army is launching pre-planned attacks and using unauthorized weapons and has broken multiple agreements and promises. Tajikistan has never experienced military attacks of such magnitude against its civilian populations. Videos and photos from Tajikistan show a horrific story of death and destruction; even children and women are not spared. Video of a recent attack on a mosque in Tajikistan’s Isfara region is horrifying and risks further fueling extremism and militancy in an already volatile region.

Despite all this unrest, Tajikistan has sent dozens of aid trucks to Pakistan for its flood victims. The path to peace and security can only be paved through mutual cooperation and consideration. But for now, the Kyrgyz government doesn’t seem to care.

The author holds a PhD from the University of Birmingham, UK. He tweets @NaazirMahmood and can be reached at: