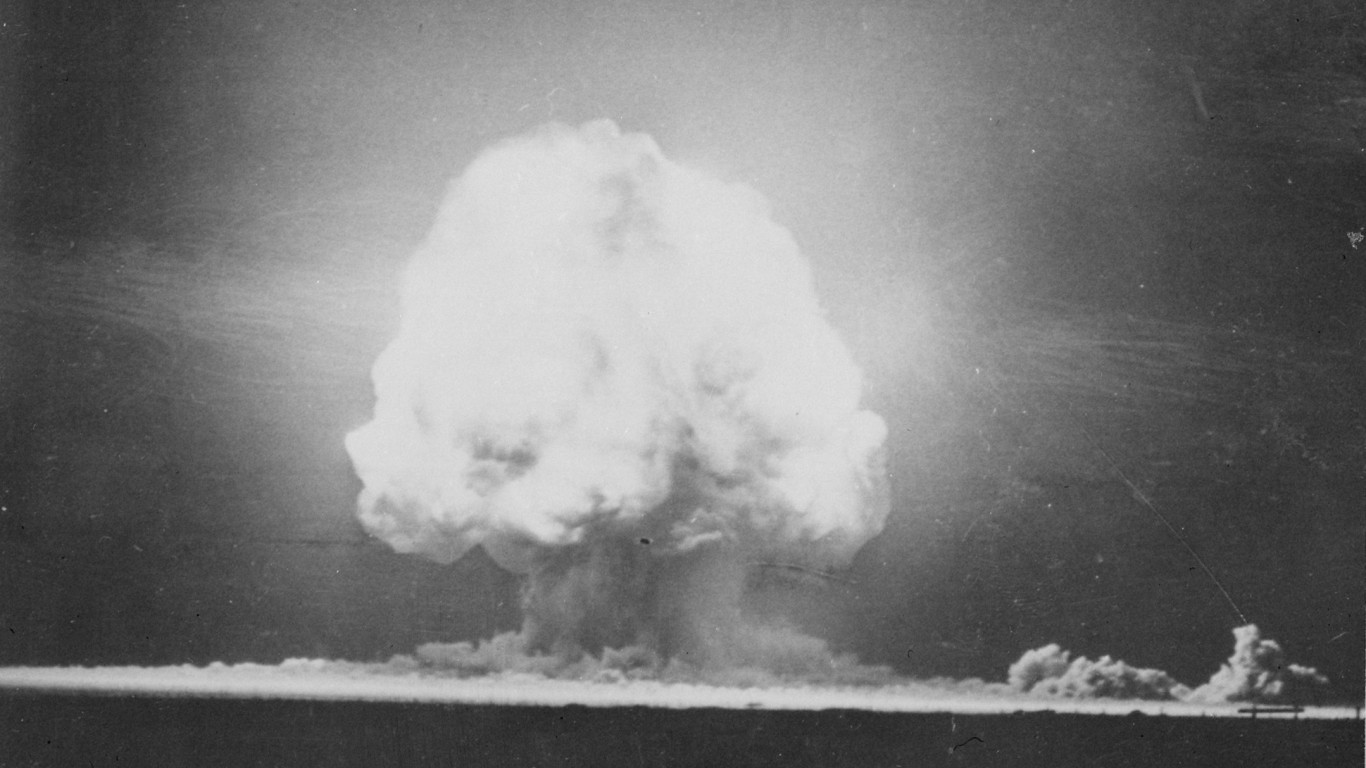 More than 75 years ago, the United States conducted the first-ever nuclear weapons test. Since then, nations have raced to design and develop these incredibly powerful bombs. While these are impressive scientific feats, they have also created an incredibly dangerous and complex geopolitical situation. (These are the countries that control the nuclear weapons of the world.)

Eight different countries have conducted just over 2,000 nuclear tests throughout history. While each of these tests was a significant moment in human history, a handful of them proved to be particularly impactful. Some represented huge advances in scientific capabilities, while others demonstrated that more countries were capable of creating nuclear weapons.

To compile a list of landmark nuclear weapons tests, 24/7 Wall St. reviewed the history of nuclear weapons development from sources such as the Comprehensive Nuclear Test Ban Treaty Organizationthe Atomic Archivesthe Nuclear Weapons Archiveand the US Department of Energy.

Countries have tested nuclear weapons underground and underwater. They dropped bombs from planes and from space. These weapons used different detonation processes, although all successful tests resulted in explosions of equivalent power ranging from hundreds of thousands to tens of millions of tons of TNT. They are the most powerful nuclear weapons ever built.

The bulk of nuclear weapons testing took place during the Cold War, primarily the 1960s and 1970s. Testing virtually ceased in the late 1990s following a series of moratoriums imposed by nuclear countries, but North Korea has carried out several tests in recent decades, making it the only country to have tried nuclear weapons in the 21st century.